Warning Cookies are used on this site to provide the best user experience. If you continue, we assume that you agree to receive cookies from this site. OK
English Ελληνικά
My Account
Sign inRegister

The remote control is an electronic device that enables us to wirelessly use other electronic devices from a distance. In our homes, a remote control can be used to operate appliances such as television, air conditioner, satellite receivers and many more. A remote control can allow us to operate devices whose places are hard to reach and do not allow us to use them manually. Their optimal function is achieved when used from a short distance. This is primarily a convenience feature for the user. In some cases, remote controls allow a person to operate a device they would otherwise be unable to reach, such as when the garage door opener is used outside.

In 1894, the first example of wireless remote control was during a demonstration by British physicist Oliver Lodge. In 1895, Jagadish Chandra Bose demonstrated radio waves by firing a gun and sounding a bell using microwaves transmitted 75 feet through interfering walls. Radio innovators Guglielmo Marconi and William Preece, in a demonstration on December 12, 1896, at Toynbee Hall made a bell ring by pressing a button in a box that was not connected by wires
In 1898, Nikola Tesla filed his patent, US Patent 613,809, entitled Method of Apparatus for Controlling the Mechanism of a Moving Vehicle or Vehicles, which he publicly demonstrated by radio-controlling a vessel during an electrical exhibition at Madison Square Garden.
In 1903, Leonardo Torres Quevedo presented the Telekino at the Paris Academy of Sciences. Telekino consisted of a robot that carried out commands transmitted by electromagnetic waves. With Telekino, Torres Quevedo defined modern wireless remote control principles.

The first remote control intended to control a television was developed by Zenith Radio Corporation in 1950. The remote control, called "Lazy Bones," was connected to the television by a cable. A wireless remote control, the "Flashmatic" was developed in 1955 by Eugene Polley. It worked by sending a beam of light into one of four photoelectric cells. The Flashmatic also had to be pointed precisely at one of the sensors to work. 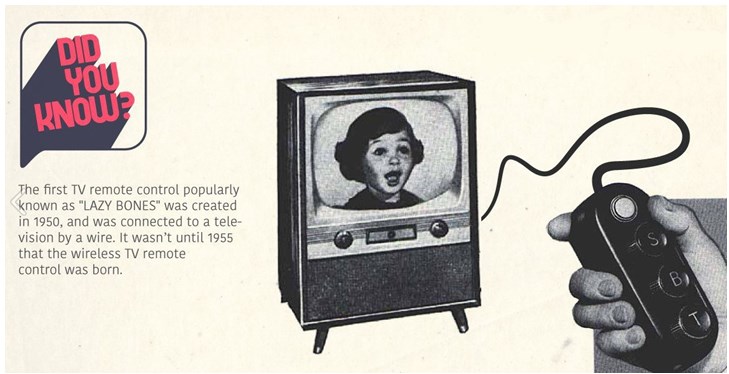 In 1956, Robert Adler developed the "Zenith Space Command", a wireless remote control. It was mechanical and used ultrasound to change the channel and volume.
Later, the rapid reduction in the price of transistors made it possible to create cheaper electronic remote controls that contained a piezoelectric crystal fed by an oscillating electric current at a frequency near or above the upper limit of human hearing, although still audible to dogs. The receiver contained a microphone connected to a circuit tuned to the same frequency.
In 1970, RCA introduced a remote control using digital signals and a MOSFET, a transistor array that has a source, gate, and semiconductor. This was widely adopted for color television, replacing motorized tuning controls.The impetus for a more sophisticated type of computer came in 1973, with the development of the Ceefax teletext service by the BBC. Most mini computers at the time had a limited number of functions, sometimes less than three: next channel, previous channel, and volume/off. This type of control does not meet the needs of Teletext sets, where pages are numbered by three digits. A remote control that selects Teletext pages will need buttons for each number from zero to nine, as well as other control functions such as text-to-picture switching and the normal TV controls for volume, channel, brightness, color intensity, etc. Early Teletext sets used wired remote controls to select pages, but the constant use of the remote control required for Teletext quickly demonstrated the need for a wireless device. This is how remote controls began to be manufactured in their current form.

In 1980, the most popular remote control was the Starcom Cable Box which used 40kHz audio to change channels. Then a Canadian company, Viewstar, Inc., was created by engineer Paul Hrivnak and began producing a cable TV converter box with an infrared remote control. 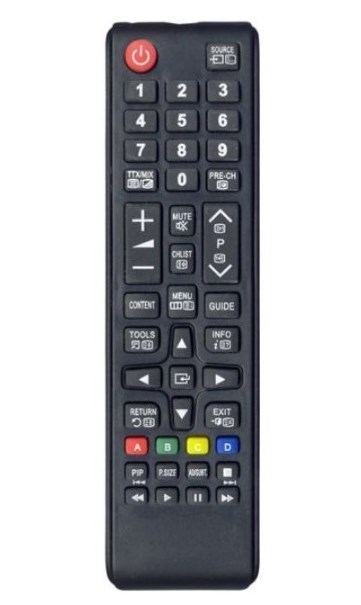 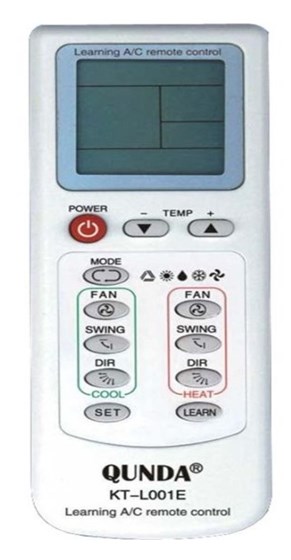 Garage
Copy garage door remotes are very common, especially in areas where garages are widely used. Such a remote control is very simple in design, usually consisting of only one button but there are also some with more buttons for more functions. If you find switches on the remote, it's likely to be fixed code, an older technology that was widely used. However, fixed codes have been criticized for their (lack of) security, so rolling code has been increasingly used in later installations. 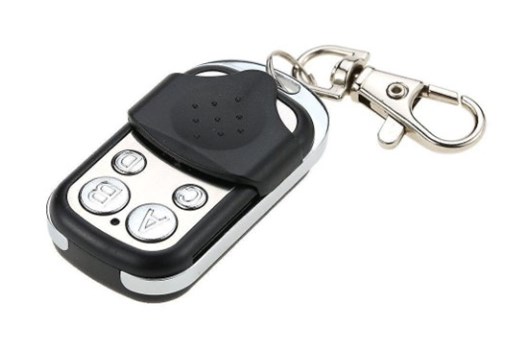